31st anniversary of the Declaration of Independence of Ukraine

Today, Ukraine celebrates Independence Day. Ukraine showed the whole world what Independence and Freedom are. We express our best wishes and support in the struggle for the right to be Independent.

Today is the 31st anniversary of the Declaration of Independence of Ukraine. We want to congratulate Ukraine on this important day. Solution Mentors, created by Ukrainians, has Ukrainian roots and soul. A love of freedom and independence: these are our foundations of life.

This year, the value of the Independence of Ukraine is greater than ever. In these times, no one would have thought that one of the countries of Europe would have to defend its independence with weapons in hand. This cruel war and injustice is the real horror of the 21st century. But Ukrainians are worthy of defending the rights, freedom, and democracy of the whole of Europe and the civilized world.

The whole world admires Ukrainian strength and bravery; the real defenders and patriots of Ukraine set an example to follow and serve as inspirations for everyone. Courageous Ukrainians have demonstrated] their devotion to freedom and independence—the right to live, work, and love on their land. The spirit of patriotism and pride in one’s country prevails in all spheres, including the military front, industry, education, technology, and art. Everyone united in support of a single goal: to win. They know with certainty that truth and victory belong to Ukraine.

Ukrainians are grateful to everyone who has supported them in this battle for their right to live and create on their God-given land. Today, the whole world is waving yellow and blue flags, and everyone knows the precise difference between Ukraine and other countries in the post-Soviet space. In every corner of the world, you can meet a Ukrainian who will speak of his love for his native Ukraine and how he looks forward to victory in order to return home: to Kharkiv or Kramatorsk, Mariupol or Kherson… We wish to express  great gratitude to the entire civilized world for not leaving Ukraine alone with its enemy but instead offering support and help.

The whole world stands together with Ukraine. For you is truth, for you is glory and holy will! 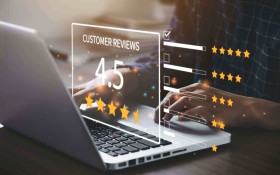 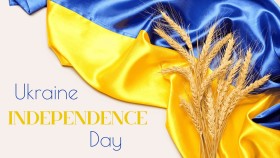 Have a project or idea
you would like to discuss?

Get pricing information or
ask us a question